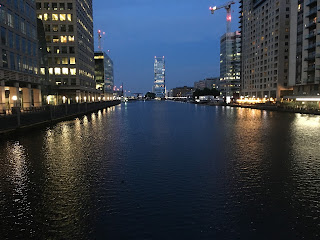 Another word for Feng Shui is CHANGE!  The process that people just love to have but often scared to enact.  Sometimes Change is forced on us and we have to have a serious mindset shift!  Other times we choose to make that change but 1 thing for sure is our environments will change around us whether we like it or not.

Having just spent a week in Canary Wharf,London there are cranes everywhere!  Men building intricate internal structures painstakingly day by day.  What a craft it is not only to design it but to work as a team and create something from nothing!

Often these structures being built because they are individual developers one has no connection with the other. In the end you end up with a mish mash skyline with no flow for the eye to follow.

There are many hidden wonders along the river Thames and one I discovered is at the Worlds End by Chelsea Embankment.  It is a small garden owned by the council and it acts as a retreat from the world.  There is a small pier that enables you to go out into the River and see the Bridges in all their glory.  It changes the corporate feel of the city to one of Zen zones.

Water running through most major cities in the world are the waterways to affluence.  It is why the Chinese buy apartments only by the water and request only new homes so they don't have to live with the spirits in other people's old homes.

Canary Wharf is home to some of the major businesses in the world housing the Financial District; its plentiful supply of water and glitz as above gleams opulence and potential.

When landscapes start to Change people are expected to change with them whether its transport, pedestrian walkways, eating areas and even what food is offered.

Feng Shui is asking us to change our environments in accordance with the seasons or said differently the 5 elements that lie within and outside of us.  We are changing all the time on a cellular, visual level in fact both subtle and obvious.  Feng Shui assists us in the navigation of that Change.

It helps you align with the seasons, the foods, the colours, the systems that the 5 elements are fundamental to our existence.  Want to know more?
Go to: http://www.wealthyspaces.com/webinars

and you will find information on the whole cycle of the 5 Elements
Posted by cathihargaden at 08:02:00