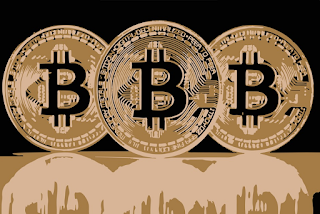 If Everything is Energy then all cycles have a variation of energy from the beginning to the end.  Feng Shui operates the hub of a 5 elemental cycle and in the process of understanding that cycle there is always the first rush of raw fresh energy.  As that energy proceeds it goes towards creativity and like the tide coming in it begins to plateau and then dies and a new wave begins.

The cycle keeps going around and around but usually starts in a different place in the way a spiral operates.

So where does Bitcoin fit into this?  Well our fiat currency also operates on a cycle; the introduction of paper money, the $ and its reserve currency status wielding its power across the world.  But all Empires fall and have to give way to the new changes.

Feng Shui is all about change and that change is tabulated and calibrated with the patterns of the universal geometry.  These are patterns we cannot see with our own small perceptions of life.  In the same way that empires and currencies fall Bitcoin itself is also a part of a bigger pattern in creation.

It is a new dynamic force exploded onto the financial world initially purely an idea, a concept.  Bitcoin itself may not survive in its name but one thing for sure is now the innovative idea of what cryptocurrences can offer the world is now on the stage.  The new is about to fade the old into grey.  Fade to grey like all currencies eventually.

Bitcoin  has entered the dynamic, explosive part of the cycle.  New, innovative, mysterious creating a stir.  Just as in the cycles of those elements used in feng shui; the Metal element creating an idea, floating it into water, growing like a tree through wood, taking action to get involved like fire and then as all earth qualities grounding it by the result of what exactly the crypto gives you tangibly.

Besides the cycle Feng Shui also has its own tabulated form of energy lines moving through a system that creates 64 different kinds of change; as there are 64 squares on a chessboard each one a different position with different energies.  Likewise, the binary computer system in which crypto currency operates is also tabulated with a line - & 0.  We are back to the old adage of the two forces that create are realities; yin and yang and portrayed in many other cultures similarly.

How can this ancient system of change as in the Trigrams still have contemporary relevance today in the innovation of new concepts of financial exchange?  Because Energy never escapes, its just transforms into different shapes, paradigms, movements and what appears to be fresh, new is the same energy being used by different perceivers and creators! 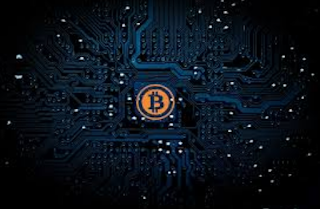 Do not mistake Feng Shui for a modern contemporary idea but a system entrenched in the contribution to some of the inner truths about our world.
To shift the energies in your environment so you are operating from the best place possible in 2018 go to www.wealthyspaces.com Now and book a personal consultation with me, Cathi.